The recent War on Waste series on the ABC highlighted the plight of the humble disposable coffee cup and put it squarely in the firing line.

It’s not surprising. We’ve been crying out for a media spotlight to be put on coffee cups ever since starting Eco Party Box in 2011. Not simply because Australians use an estimated 1 billion coffee cups every year – 92% of which go to landfill – but because there is a compostable/recyclable as well as a reusable alternative.

However the show created a sense of confusion, as it focussed the debate around compostable disposable cups which host Craig  Reucassel claimed in episode 3 were not “recyclable”.

By episode 4, some eight months later, Reucassel was finally corrected and shown that ompostable disposable cups can indeed also be recycled. See that video here.

Also in episode 3 BioPak’s compostable disposable paper cup the BioCup was given a big hit with the lack of facilities for composting the cups meaning they were inevitably headed for landfill.

Given that reusable cups are no doubt the best way to go in terms of sustainability for coffee lovers, for that there is no doubt, the question that remains is "what is the more eco friendly choice: disposable recyclable-only or disposable compostable/recyclable cups -when reusable is not an option?" 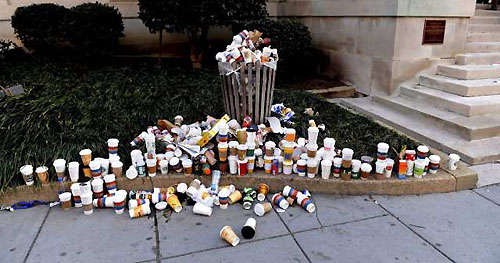 Well, in episode 4 The War on Waste chose recyclable-only cups as the better of the two – provided there is a way for them to be recycled, and that means separating the paper cup from it’s non-biodegradable polyethelene lining.

In Australia Simply Cups and Closed Loop are offering a solution to the problem – well almost. They promise 1 cent from each cup sale will go towards establishing a coffee cup recycling solution in Australia.

Launched in May 2017 collection tubes and educational material can be organised for workplaces, with coffee cup collections in Melbourne & Sydney and plans to expand that to Brisbane and Adelaide.

A small scale prototype facility for processing cups is currently being designed with completion expected in the first half of this year. In the mean time collected cups are being stockpiled, ready to feed the processing facility as soon as it is operational. 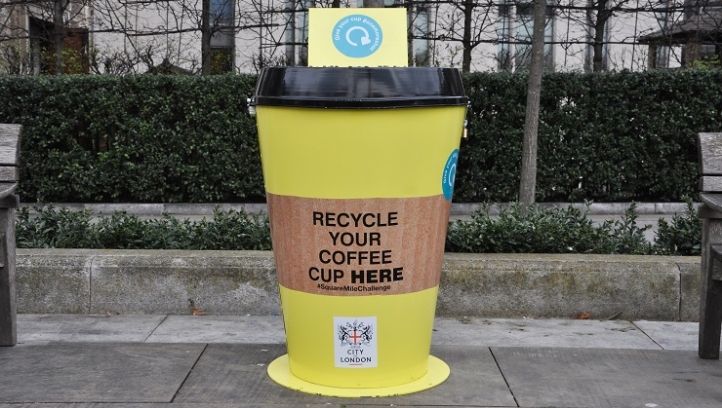 This is a fantastic solution, but is it THE solution?

The problem for biodegradable cups, according to War on Waste, is that they contaminate the recycling stream and also end up in landfill as there aren’t enough easily accessible composting facilities to process the cups and council's at this point in time are not providing bins to compost them.

But here is where we disagree with The War on Waste. We believe compostable cups are the way to go. And here’s why:

Firstly, it should always be noted in this “war” that compostable cups are made with polylactic acid, which lines the cups to keep the hot liquid from leeching into the paper. This is what makes the cups compostable in a composting facility.

Despite The War On Waste's claims they are not recyclable they are in fact recyclable. Read our comprehensive list of council's that have confirmed the cups are recycled in their facility here.

Secondly there are now facilities in Australia where cafes can get their used cups picked up and composted – an initiative Eco Party Box floated to Biopak in October 2015.

The program we called “Sustainable Cafes” sought to provide bins, have the cups removed  and then composted on a weekly basis. Well, we are pleased to say these initiatives are happening now.

BioPak founder Richard Fine said the aim of the service was to ensure that the environmental benefit of compostable, single use disposable packaging could be maximised, helping customers in reducing the environmental impact of their business.

We vote for compostable disposable cups now that the composting service from Biopak is here, because you can put food waste and coffee cups into their bins and they get converted into soil. But we note that it’s also absolutely fantastic that cups lined with plastic are also being collected for recycling.

Wow, what a difference a TV show and year has made in the coffee cup industry.