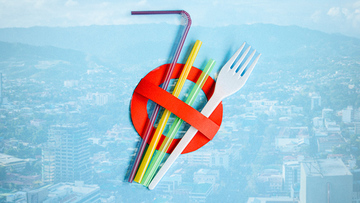 Plastic cutlery, straws and drink stirrers will soon be a thing of the past in our home state of South Australia following its war on single-use plastics.

A taskforce will be established and draft legislation released for public discussion later this year as Environment Minister David Speirs acts on “overwhelming” public support for a ban.

It comes after he launched a discussion paper in January, gauging the public's interest on the matter but there are signs that even our small family-run business and you, our customers, had something to do with making it all happen.

According to the Adelaide Advertiser, almost 97 per cent of respondents to the paper replied that government action was needed to curb the amount of plastic littering the environment and waterways. From day one of Eco Party Box's journey it was evident that if an uptake of these compostable alternatives didn't happen then a ban would almost certainly need to take place. And as a business we would certainly need to play a part in making that ban happen.

We recalled our horror as a young couple holidaying in Thailand in 2002 and seeing plastic litter strewn over multiple beaches - so we knew, even back then, that plastic pollution was more of a problem than we could have imagined.

So in December 2016 we decided to write to the then SA environment minister, Mr Hunter:

We started the business because we were disappointed with the amount of party supplies which ended up in landfill and had discovered there were eco alternatives.

Run by Jonathan and Tina Hart, our mission is to help people celebrate their parties sustainably by using compostable tableware that would be composted either by home compost or a composting facility.

We recently learned that the French Government had passed a law to ban all plastic plates, cups and cutlery by 2020, forcing manufacturers to create only biodegradable products and consumers to purchase only these alternatives.

It is our goal to see the same laws passed in Australia.

It is estimated that by the year 2050 there will be more pieces of plastic in our ocean than there will be fish. Clearly something must be done.

There exists a huge amount of disposable plastic party supplies that go only to landfill, when in fact party supplies are now made out of compostable material and could instead go to composting facilities (or at least break down eventually in landfill, unlike plastic products).

Unlike non-biodegradable food and beverage packaging, party supplies carry no perishable items and remain popularlargely because they are they are the easier option, that being they are easy to find in supermarkets and thrift shops.

Compostable party products, along with access to more composting facilities, will see an enormous shift in reduction of landfill waste.

We are hoping you may hear our concerns so that this issue may be introduced as a bill to the South Australian parliament and hopefully successfully passed into law.

Manufacturing of non-biodegradable plates, cups and cutlery is mainly done in China so it will not affect the manufacturing industry in Australia only those businesses who wholesale and distribute the products, many of which have already introduced a biodegradable alternative to their plastic products due to the market place switching to the eco alternatives.

We trust this email gives you a clear look into our suggestion of having plastic plates, cups and cutlery banned in South Australia in order to create a cleaner future for all South Australians.

Thank you for taking the time to read this email. 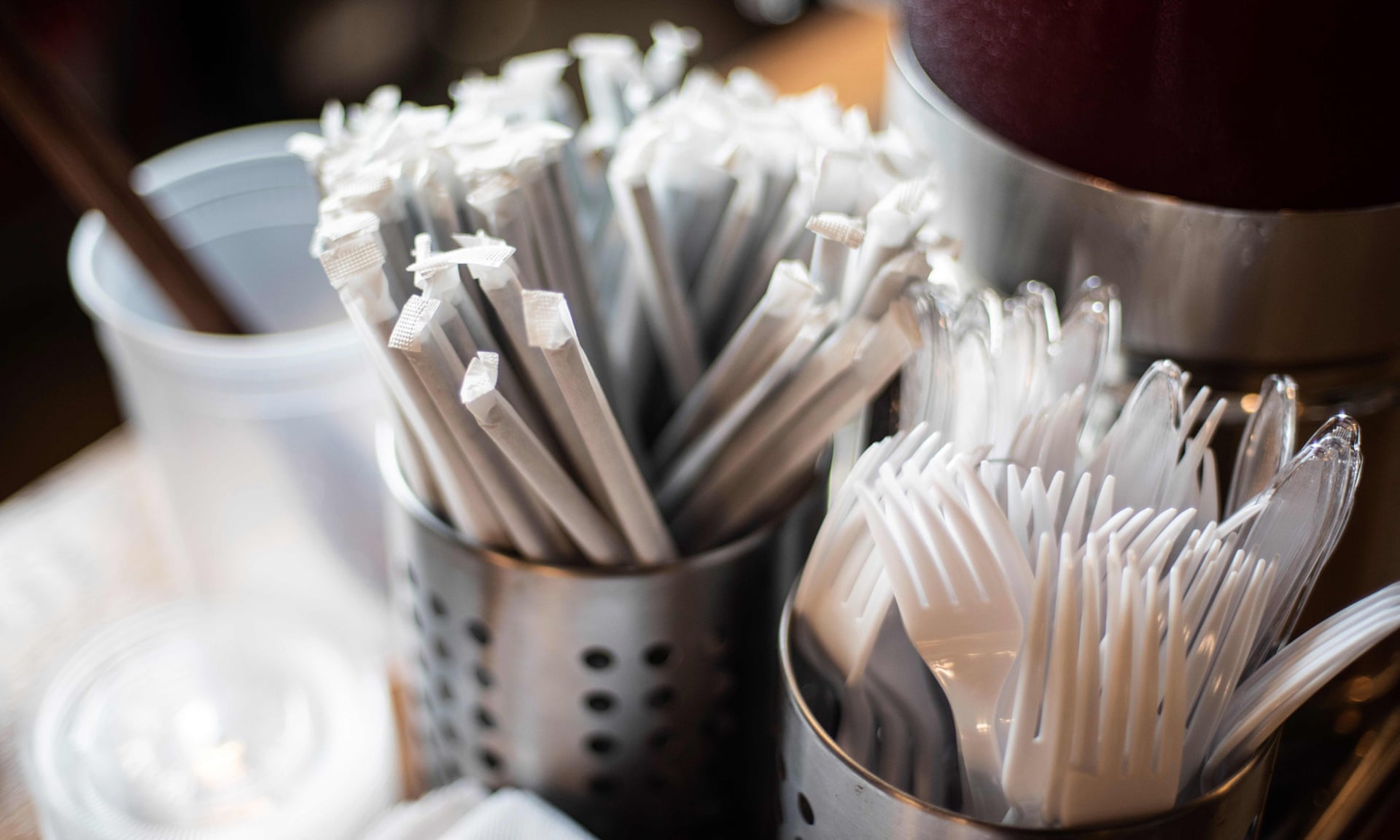 Mr Hunter's reply came 10 days later and was as follows:

Thank you for your email of 2 December 2016, suggesting that plastic party supplies such as plates, cups and cutlery be banned in South Australia.

South Australia has a strong history of addressing single use items that are harmful to the environment or end up in landfill. South Australia was the first state to introduce container deposit legislation (the 10 cent deposit on drink containers), and ban single use plastic bags, with both of these measures now being implemented by other States and Territories around Australia.

Single use plastic party supplies are certainly wasteful. However, I am advised that banning such products is unlikely to lead to the level of reduction in waste disposed to landfill that you are suggesting.

While there is the possibility of legislating against single-use plastic party and takeaway supplies, the industry has already shown that it is capable of providing compostable alternatives such as the range of products supplied by your business. The challenges are ensuring that these products are more readily available in the market place to provide consumers with a wider range of 'green' purchase choices and the availability of organics disposal options where these products are used including workplaces, events, and public areas. Without an accessible organics disposal point for these products, many of them will still end up in landfill.

The Government of South Australia and Adelaide City Council (ACC) are working together to make Adelaide the world's first carbon neutral city. The Carbon Neutral Adelaide Action Plan 2016-2021 (the Plan) outlines the pathways that we will take to build on our achievements and reduce Adelaide's carbon emissions.

In particular, Pathway 4 - Reduce emissions from waste and water - of the Plan states that “...public events are a prominent showcase of the city's progress towards minimising waste and maximising recycling. Enhancements to waste and recycling services at large events (e.g. Womad, Fringe, Clipsal etc.) will be an important opportunity for leadership and community participation”.

In addition, implementing a precinct level trial of reusable and compostable takeaway food and beverage containers by businesses and catering companies is an action identified in the Plan at Action 4.1.6. There may be an opportunity for Eco Party Box to supply compostable products to large community events with ACC and I encourage you to explore this further.

Thank you for taking the time to write to me and I trust that this information is of assistance.

Undeterred, we began a change.org campaign and waited for a change in State Government before writing our next letter.

That opportunity came in 2018 and in June we wrote the following:

Congratulations on being appointed as the new Minister of the Environment and Water after the recent State election.

We are writing to you because we have a campaign running through change.org asking that you introduce a bill to ban plastic single-use disposable tableware in South Australia.

As you would be aware there are now biodegradable packaging alternatives freely available on the market and nearly all South Australian councils now allow these plates, cups and cutlery to be disposed of in the green waste bin.

To add to that there are now composting services available through biopak.com.au which picks up this compostable packaging from cafes and restaurants and sends it to commercial composting facilities instead of landfill.

We would love to hear back from you to see where you stand with this and if indeed it is within reach.

Councils and Governments across Australia are making moves to ban plastic straws, plastic bags, balloons and other disposable plastic at an increasing rate and it would be great to see the banning of plastic disposable tableware implemented here in SA.

Thank you for your time. 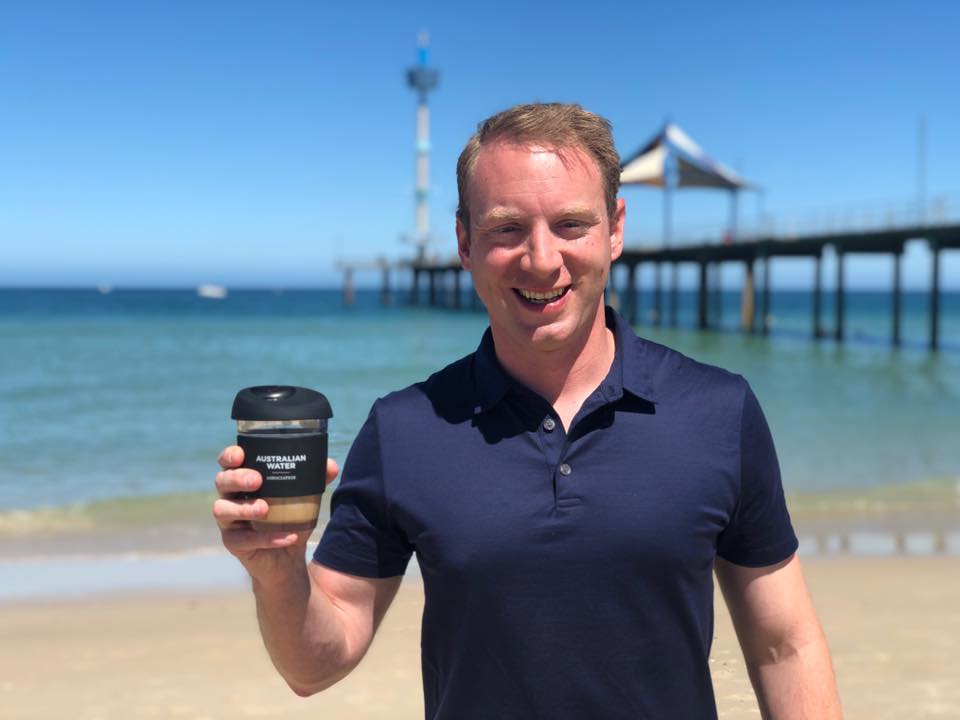 Minister Speirs reply came in October and was far more progressive citing South Australia as a leader in this change. He wrote, in part:

"South Australia has demonstrated its leadership in the waste and resource recovery sector, dating back more than 40 years when our container deposit legislation was introduced. Our state was a first mover in banning light-weight single-use shopping bags and introducing high-performance kerbside recycling systems, including food-waste recycling.

"Taking into account these achievements, we need to do more in recovering resources and ensuring they are reprocessed as much locally as possible. I am keen to consider measures to reduce single-use plastic items, however, I note that any change, even a small one, requires substantial work to ensure the issues are considered appropriately. I will be seeking advice from GISA on how and what work can be done to ensure we remain at the forefront of this policy."

In the past four days South Australia has made headlines not just nationally but internationally for this news.

Minister Speirs was quotes as saying:

“SA is continuing to lead the nation and set the agenda in recyclables and waste management,” Mr Speirs said.

"It will be the first Australian state or territory to ban single-use plastic items, however no decision has been made yet on plastic bags, coffee cups and plastic takeaway containers.

“We led the way with our container-deposit scheme, we were ahead of the pack on plastic bag reform and now we will lead the country on single-use plastics."

We like to think we (that's Eco Party Box and you) played a part in making change happen. We realise it's a team effort and TV shows like the War On Waste also brought these types of issues to the fore, but we believe every one of our customers has helped in bringing the changes forward. Because were it not for you, supporting businesses like ours, laying the groundwork in the early days, since 2011, and providing the sustainable alternatives, well this change may never have happened at all.